Set in Brooklyn, New York, Reconstructing Amelia is Kimberly McCreight’s debut novel  and it tells the story of Kate, a hot-shot lawyer and single mother, in her quest to find out the cause of her daughters death after Amelia is found dead, having jumped (or so we are lead to believe) from the roof of her exclusive school, Grace Hall.

After receiving an anonymous text: “Amelia didn’t jump.” head-strong Kate, a character who I really warmed to as I progressed through the novel, takes it upon herself to find out what really happened to her daughter.

The novel is written in a number of formats, different tenses and from the point of view of the two central characters – Kate and Amelia. I really enjoyed this different perspective as it added an extra depth to the story, and provides the reader with intimate details and thoughts from the characters lives, without seeming forced or unnatural.

Kate explores Amelia’s life through her texts, emails and social media and finds out some shocking information about her daughters life that she hadn't been aware of, reiterating the posing questions on the novels front cover: do you really know whats going on inside your daughters head? 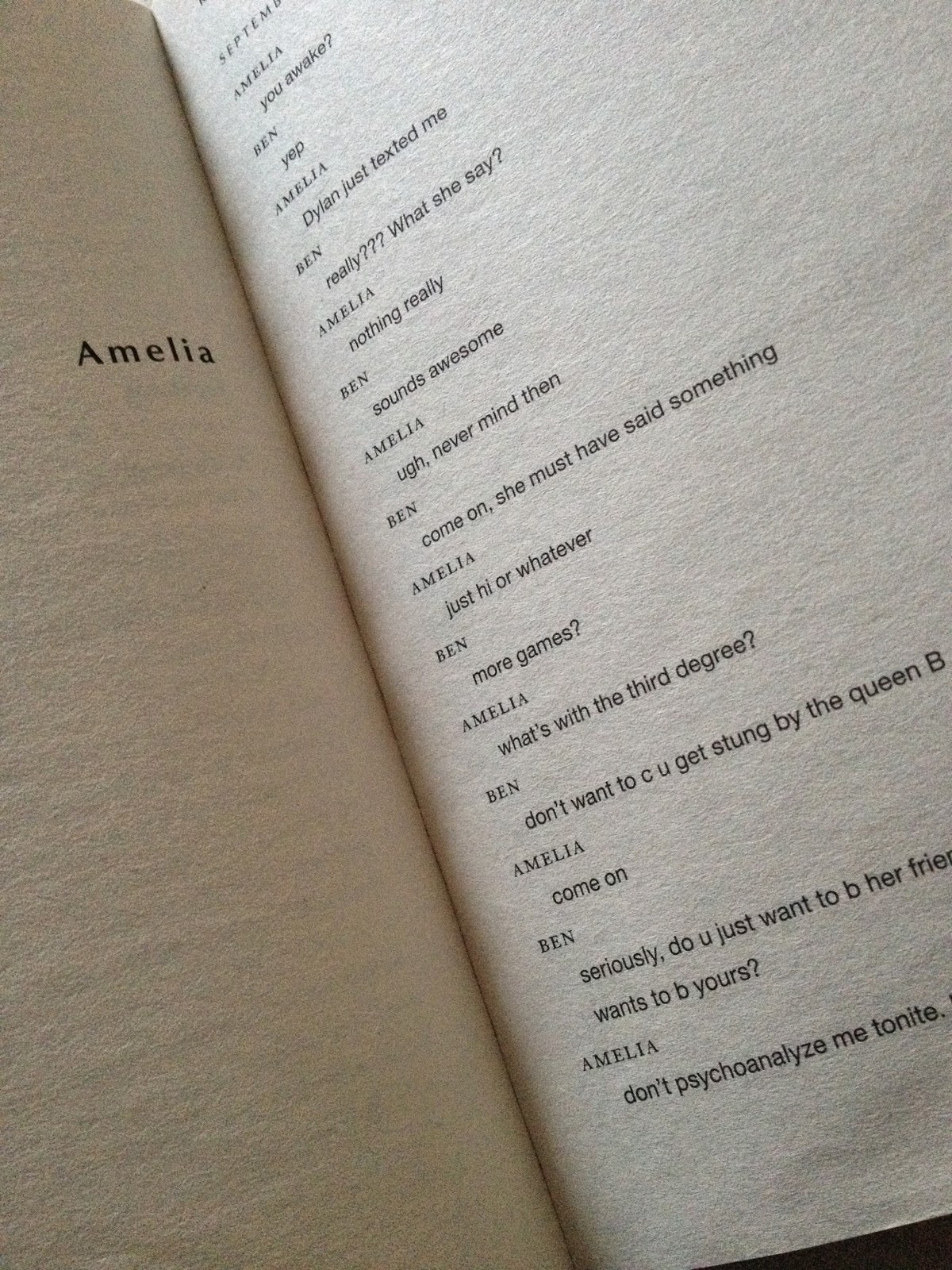 As well as the obvious drama and suspense throughout the novel, it covers a number of important topics from bullying, love, homophobia and betrayal – I really wish, despite how graphic and dark it gets, that I’d read this novel when I was at high-school as it would have taught me a few (extra) lessons. Pardon the pun.

I read a couple of reviews on my GoodReads app, after finishing the novel, that said that they didn’t warm to Amelia’s character as knowing that she was dead from the off-start made them not really want to learn more about her or get attached, but I didn’t feel like this at all – as a large proportion of the book is written in past tense you’re transported back to a time when Amelia is alive and, therefore, it doesn’t feel as though you’re reading about “a dead person,” you’re simply discovering more about the events and emotions that lead up to Amelia’s final minutes.


The ending to Amelia and Kate’s story is unexpected, emotive and honest. I found myself unable to put the book down because every page was so enchanting and (I’ve got to admit that on several occasions my curiosity almost got the better of me as I was seriously tempted to pay Google a visit and find out the ending) I’m so glad that I read this book and I’d urge anybody who loves a bit of a drama, suspense and plenty of emotion, to read it too.

Do you think you would read this novel?
What's your favourite genre?
Posted by Unknown at Tuesday, April 29, 2014